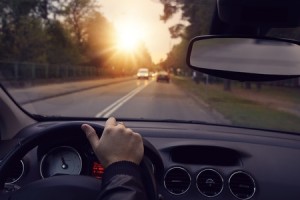 Do you remember the old Volkswagen commercials that used the term “Fahrvergnügen?”

Yes, it really is a word and means “driving enjoyment” when translated from German into English. Well, Google — and now Uber — are spending millions of dollars investing in self-driving cars.

Where’s the enjoyment in that?

According to a recent article Uber’s latest move into the world of self-driving cars is through a partnership with the University of Arizona’s College or Optical Science.

As the article pointed out, Uber will focus on safety and mapping technology for driverless vehicles. A fleet of autonomous automobiles with futuristic looking white devices mounted on their roofs will begin traveling the roads in Tucson as they test out the latest mapping technology.

Brian McClendon, vice president of advanced technology for Uber said, “we’re still in the early days of what’s possible – and I look forward to working with Arizona to make the next step of that journey a reality.” The announcement by Uber coincided with an executive order signed by Arizona Gov. Doug Ducey that supported the testing and operation of self-driving vehicles in Arizona.

Uber CEO Travis Kalanick has previously expressed a fascination with driverless technology and said at a conference last year that autonomous cars would drive down the cost of hailing a ride since customers would no longer have to pay for the driver, or as Kalanick put it, “the other dude in the car.”

One has to wonder, however, at the logic of Uber’s CEO.

After all, once autonomous cars become commercially available why would anyone need to use a “ride sharing” service at all. In any event, Uber drivers beware: the clear indication based on the above-cited statement is that you are increasingly seen as an unnecessary expense (i.e. “other dude in the car”) rather than as an integral part of generating revenues for Uber.

At Teddy’s we value our staff and trained chauffeurs who continually demonstrate professionalism and outstanding customer service 24/7/365.

And at the end of the day, if you are not able to experience “driving enjoyment” on the way to a business meeting or trip to the airport, wouldn’t you rather travel with a chauffeur who demonstrates “driving enjoyment” while he or she takes you to your destination?

Thank you for choosing Teddy’s

Teddy’s provides you with round-the-clock solutions and can quickly access your itineraries and process new reservations or en-route changes, assist in solving problems with canceled flights, delayed planes, etc. and otherwise manage any changes with your travel plans.