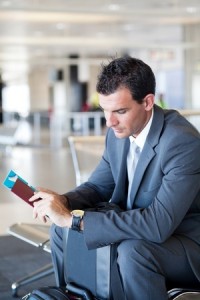 Waiting for a flight is more than inconvenient.

It could mean missing your connection or an important meeting — or it could lead to a wholesale derailment or drastic change of your travel itinerary. Needless to say, flight delays are frustrating.

To make matters worse there’s a lot you don’t know, or haven’t been told, regarding your delayed flight. Sure, weather events and mechanical issues cause flights to get delayed. But believe it or not there are many more reasons why you might be stuck in the terminal rather than heading to your destination.

Recently CBS News’ Kris Van Cleave reported that some delays are the result of problem-plagued routes. For example, there’s a big difference between flying into LaGuardia, JFK or O’Hare and, say Charlotte North Carolina or Knoxville, Tennessee.

In fact, 44% of flights into Knoxville did not arrive on time last year, ranking them the worst airport nationally.

Some reasons for those delays?

In fact, those smaller jets tend to make several stops during the day. And even a minor delay early in the day can result in more delays relying on that jet, which increases the likelihood of your being delayed if you take a later flight. In fact, according to masFlight CEO Josh Marks, “If you are making a tight connection over a hub to a regional jet in the afternoon, you need to be very careful in planning your itinerary because odds are you are going to be late.”

Let’s take a look inside the numbers.

According to Marks’ firm the cost to an airline which cancels an international flight can cost roughly $43,000 for an airline. What’s more, hundreds of passengers are impacted. However, a smaller, regional flight might cost the airline only $1,000 and might affect only a handful of travelers, say up to 50 people or so.

According to Marks the airlines will clearly make priorities based on dollars and cents AND how many people are impacted by their decision. That means they will “prioritize how to complete the maximum number of flights that they can, given the limited resources they have to work with.”

Which, in the final analysis, does make sense.

So beware of travel itineraries that rely on connecting flights through smaller, regional airports.

Thank you for choosing Teddy’s

Teddy’s provides you with 24/7/365 solutions and can quickly access your itineraries and process new reservations or en-route changes, assist in solving problems with canceled flights, delayed planes, etc. and otherwise manage any changes with your travel plans.