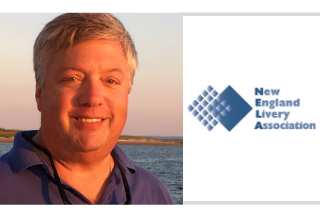 Congratulations to Charles Wisniewski, President of Teddy’s Transportation System, who was recently elected to the Board of Directors of the New England Livery Association. NELA is a non-profit corporation dedicated to promoting quality service and management in the ground transportation industry.

With his new appointment, Wisniewski has the opportunity to help reanimate Connecticut’s professional livery providers in the name of responsible and sustainably safe service, which has become even more important in recent years as app-based ride programs have entered the market.

In 2017, the heavily-lobbied Connecticut legislature elected to allow (only) Transportation Network Companies, like Uber and Lyft to bypass laws requiring market saturation permits, finger-print-based, government driver certification and medical exams. NELA members may not bypass any of those.

Similarly, in the 1970s and 1980s, twenty US markets deregulated taxis. But all quickly found that with the crash in fares, service in all markets got more dangerous, became less available, had less consistent fares and eventually service levels decreased and fares increased. (https://www.cga.ct.gov/2004/rpt/2004-R-0380.htm) All twenty markets then re-regulated.

“With the new private-driver, app-based taxi industry in a fast race to the bottom, safety-conscious business and leisure travelers as well as corporate travel planners, leaders and risk managers all need to know how to spot safer professional livery services. It’s actually easy – never board a vehicle-for-hire that doesn’t have Taxi or Livery marker plates. Connecticut’s “Interstate” marker plate is for livery services that elect to stick to just interstate travel in order to forego the application hearing process” explains Wisniewski.

To locate a trusted, fully-authorized, Connecticut operator, go to NELivery.org. All NELA members have pledged to abide by NELA’s strict Code of Ethics.