“Teddy’s Transportation System has proudly served at the proms of some of today’s prom customers’ grandparents” says Teddy’s president Charles Wisniewski. “…and probably back much further. Teddy’s was established, in Westport, in 1932 and has been in my family since 1978.” Teddy’s now also operates from Farmington, to serve Hartford County. As well it directly serves greater New Haven, White Plains and New York City.

“Many of our executive clients, and their assistants, rode to their prom with Teddy’s. So we are keenly aware that we are often making new lifelong partnerships – and gratefully celebrating some old ones – in prom season” added Wisniewski. 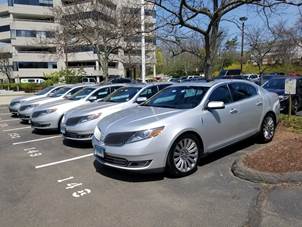 Teddy’s Transportation System’s most popular prom vehicles are its elegant and gracious Lincoln sedan service, Lincoln SUV service and Mercedes Benz Sprinter service. They seat 3, 5 and 12 respectively and feature specially-licensed, vetted and uniformed company chauffeurs. All Teddy’s vehicles come in our signature platinum silver and sport the mandatory Connecticut Livery license plate* – the only one that demonstrates that the driver is supposed to have passed exams of his medical safety and finger-print-based* exams of his national driving, criminal and sex-offender records. As well, though not mandated, Teddy’s drivers are also drug tested.

“We haven’t had stretch limousines for a few years now,” says Teddy’s president, Charles Wisniewski. “There are still some out there but Lincoln stopped making the famous Town Car in 2011. Cadillac only permits its certified coachbuilders to add 48 inches to their livery sedan which makes for great legroom but it’s not enough room to add seating for additional couples.”  Non-certified coachbuilders stretch anything, and to fantastic lengths. But no other base-car manufacturers actually authorizes their cars to have so much weight added. Ford tried to stop such unauthorized modifications but was thwarted in court.

Hiring a Teddy’s sedan (or two or three) has the grown-up elegance you can’t get in a bus plus the benefit of being able to be priced without the need to pay for a chauffeur to wait at the prom for four hours. Fares, Fairfield to Stamford, for instance, are only $80 each way! (After tip, surcharge and tax, $110.60 for the 2018 prom season) But don’t forget to ask your Teddy’s agent for the new-customer introductory discount, to bring that cost to the prom and back, down even more. Then you may as well sign up for Teddy’s Platinum Reward Miles while you’re at it.

As importantly, when your group chooses to use a few Teddy’s sedans, you will not be left solely responsible for collecting from twenty other families for a $2,500 party bus. Instead each couple can pay for their own service.

Use only limousines certified safe

If you do wish to shop for stretch limousines, in addition to a making sure the livery service uses a Connecticut Livery plate, you should ask your provider what model year their limousines are and if their limos were all built under the certification programs by (for Lincoln) Ford’s Qualified Vehicle Modifier (QVM) program or Cadillac’s Master Coachbuilder (CMC) program. Limousines built under certified processes have been tested to continue to brake safely and test-crash safely after thousands of pounds of material and seating were added to the base vehicle. If you visit the livery service, before you hire, you can cross reference the coachbuilder name, on the cars, to the QVM or CMC lists. You should find the coachbuilder name on a permanent sticker on the driver’s door-jamb. 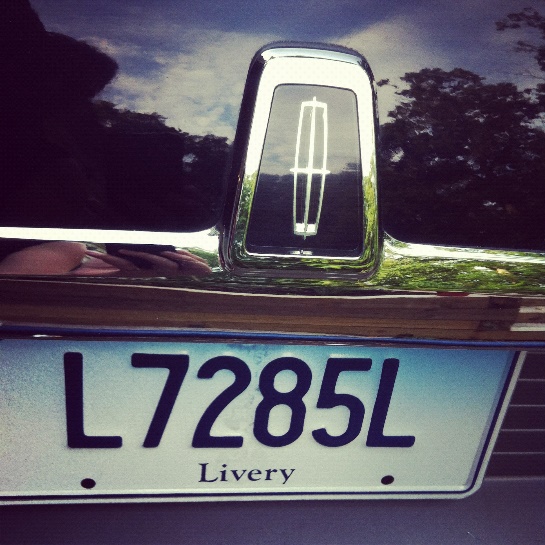 If you actually go and visit limousine services, consider looking for the same things corporate travel managers look for on their site visits. Have the operator pull out a random stack of driver files and look for for-hire endorsement, shown as “Endors F” on the front of each of the Connecticut drivers’ licenses. Look for the company copy of the medical card –as much as eighty percent of chauffeurs, applying here, were previously allowed to let their medical cards lapse.

Check the model year of the limousines by looking at the registrations on file and make sure the limousines have Connecticut Livery marker plates.  Go ahead and check odometers but know that busy Connecticut livery services put on as many as 80,000 miles a year. Then a quick look at the wear on the tires will give you an indication as to the efficacy of the company’s fleet preventive maintenance program.

Finally, if you do choose Teddy’s, (and we hope you do) for extreme helicopter parenting, load up the Teddy’s travel app and track your Teddy’s chauffeur!

Charles Wisniewski was the president of the National Limousine Association and founding executive director of the Connecticut chapter. He has spoken frequently on livery safety to industry and to a number of Connecticut PTAs and PTOs.  Teddy’s Transportation System is an LCT National Limousine Operator of the Year, a UConn Family Business of the Year finalist and was an Inc magazine Fastest Growing Companies in America listee for seven consecutive years.

**Connecticut’s “Interstate” plate, with plate numbers both starting and ending with a ‘Z,’ are for Interstate trips only, a process designed to allow operators to avoid Connecticut DOT’s service applications hearing and service owners’ criminal background checks.

*Uber and Lyft use only a third-party background check, without fingerprints or medical exam, which has been said to miss “43 TIMES more criminality”.