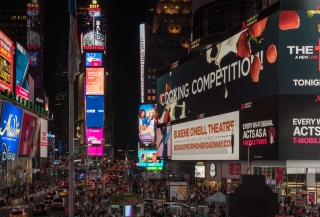 If you’re headed to New York City this year, whether you’re a newcomer to the Big Apple or a long-time visitor, if you  haven’t marked off seeing a Broadway show from your bucket list — well, then, you’ve come at the right time. The 2020 Broadway season features some amazing shows, both beloved classics and up-and-coming hits.

Here are several of NYC’s best broadway shows you might want to consider adding to your itinerary.

Jagged Little Pill is a must-see for any 90s music or any Alanis Morissette fan. “Jagged Little Pill is a show you want to shout about,” writes Variety, “a galvanic production that feels very much of the moment — this moment.” As you might expect, the musical’s songs are taken from the Morissette album by the same name. The show is relatively new, too, opening in December 2019 at Broadhurst.

Head to Broadway Theater for a new take on West Side Story, the retelling of Romeo and Juliet set in 1950s New York. The updated version (that’s actually the fifth Broadway production of West Side Story) adds in new elements fit for the 21st century and cuts out some of the classic moments from the musical, such as the song “I Feel Pretty.”

3. The Book of Mormon

This musical comedy from the same minds that brought audiences the animated South Park series has been a long-running staple on Broadway. You can still catch near-nightly shows at the Eugene O’Neill Theatre this year. Just be aware — this show is not for the easily offended. The script and songs are not shy about poking fun about some controversial topics.

If you’re traveling with your kids, though, you’re definitely going to want to keep some kid-friendly shows in mind. Catch Frozen at St. James Theatre, if you’re okay with hearing your children sing “Let It Go” for weeks on end (though we wouldn’t blame you if you joined them).

Aladdin is also showing at New Amsterdam Theatre, another Disney classic. Aladdin is a gorgeously produced show that’s a delight from start to finish, especially with the costumes and set design which are among the most beautiful on Broadway. Lion King is showing at Minskoff Theatre and The Lightning Thief: The Percy Jackson Musical is on at Longacre Theatre.

If you’ve always been a fan of the movie, then you definitely need to see the Broadway take on this story about the high school popular crowd and the lengths that adolescent girls will go to in order to preserve their social standing. Mean Girls is showing at August Wilson Theatre.

Hadestown just opened early last year, but it’s already cemented itself as a classic. Reviews rave about the mythology-inspired story. You can catch it this season at Walter Kerr Theatre.

Getting to New York City Theaters

Probably to no surprise, there are more than a hundred curtains going up every night all over New York City, attracting 1000s of spectators looking for a memorable theatergoing experience. Whether you’re staying in the city or traveling in from Connecticut, navigating transportation and an on-time arrival can be a challenge. To help you make the most of your NYC theater experience, you can forego public transportation and parking hassles with private car service . Teddy’s experienced chauffeurs will see you safely delivered from door to door, arriving in time for your show and whisked away quickly after curtain. Request a quote for your next trip to the theater.