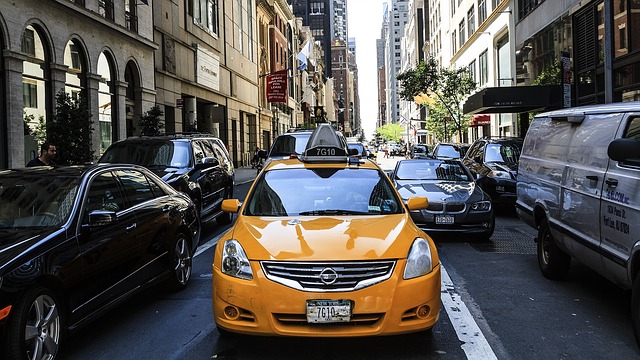 New York City’s Saint Patrick’s Day Parade is one of the grandest in the nation. Unfortunately, all of the fun and festivities come at a price: an increase in New York City traffic. Whether you plan on attending the parade or not, you’ll definitely want to be up to speed on which roads to avoid over St. Patrick’s weekend.

The best way to avoid the traffic is to pay attention to the parade route. The parade itself heads straight up 5th Avenue, and it doesn’t take any twists or turns. The actual parade begins at the intersection of 44th Street, and travels thirty-five city blocks up to the ending point at 79th Street. In addition, there is a staging point near 44th Street where parade participants will be lining up and getting ready, so you’ll want to stay back a few blocks.

Even broader than the parade route itself is the amount of traffic on the side streets caused by the parade attendees. There will be a surge of traffic on Madison Avenue and 6th Avenue as guests arrive and stake out their spots along the parade line. Traffic starts building up several hours before the event begins as people vie for spots in the front. Finding parking can be difficult so you should be prepared to walk several blocks, and fork over up to $30 for a prime lot.

One of the best ways to avoid the New York City traffic altogether is to hire a car for your St. Patrick’s Day celebration. A driver can bring you close to 5th Avenue without having to search and pay for parking. Your driver will also know which areas see the heaviest traffic, and which areas are easy to navigate to get a good seat. Just schedule your pickup time and let your driver handle the details while you focus on getting all dressed up in your wacky green costume.

St. Patrick’s Day can be stress-free with the help of a professional driver. Instead of fighting your way through the traffic on your own, turn to a professional driving service to help you avoid unnecessary traffic delays and get you to the best spot on the parade route. You’ll end up saving time and money and you can party as much as you want while you’re there without having to worry about getting back home.

Grab your own private car and avoid the travel headaches on this special holiday!