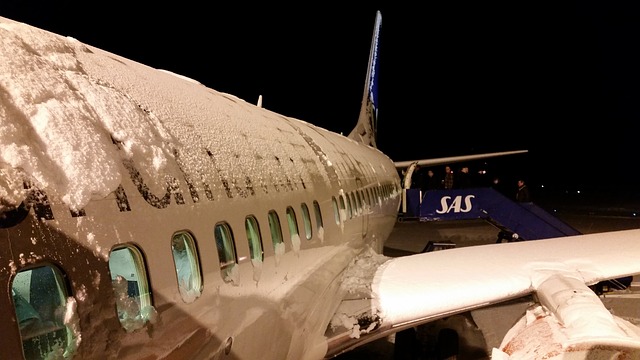 New England is notorious for its winter weather and for its airports. Whether you’re flying into or out of the area this winter, you need to know which airports to avoid if you want to make your life easier. Here are a few of the worst offenders when it comes to cancellations, late flights and more.

JFK has a pretty tough track record for airline delays during the winter, but it certainly isn’t the worst offender. The real challenge is that JFK is so busy that a single delay can set off a cascade of events across the entire airline. Fortunately, they have systems in place to get things back on track as fast as possible. The real challenge is that JFK has very little wiggle room for delays, so they tend to cancel and reschedule flights instead in an effort to keep everything else running smoothly.

Newark tends to run with many delays and cancellations during the winter, making it a difficult stop for many travelers. In fact, almost 28% of their flights will be delayed or cancelled during the winter, and since most of their space is taken up by United, travelers have few options for hopping on a different flight.

Westchester is another smaller airport that struggles with delays and cancellations during the months from December to March. They will get a significant amount of snow during this time, and often struggle to keep up with their flights. Like Newark, they have fewer resources in place to recover from a delay, leaving many travelers to wait it out. If you think that flying through Westchester might save you time in security, you’re likely to be met with an equally long wait once you reach the terminal.

Bostonites aren’t faring much better over at Logan airport during the winter. Logan struggles to keep up with shifting weather patterns and high demand. While it isn’t the worst place to fly out of, there is still plenty of reason to plan for delays if you will be leaving from Logan. One problem is that the weather over Boston can be particularly unpredictable, and even when meteorologists and airlines try to plan ahead, things tend to go from bad to worse in no time.

These are four of the hardest airports to get through during your winter travel in New England. However, the larger airports tend to handle the winter travel challenges better than the smaller airports by offering more resources and options when things go awry. As you plan your travels, make sure to check out on-time arrivals and departures to get a sense for how things are flowing at the airports closest to you.

Teddy’s can take you there This winter

Through snow, rain or ice, we are here to get you to your New England destination comfortably and safely.